How To Know If You Are Part Of A Dysfunctional Team
Part 4: Avoidance of Accountability

By Jonathan Yumol, November 2017
(Excerpted from Patrick Lencioni’s “The Five Dysfunctions of a Team”) 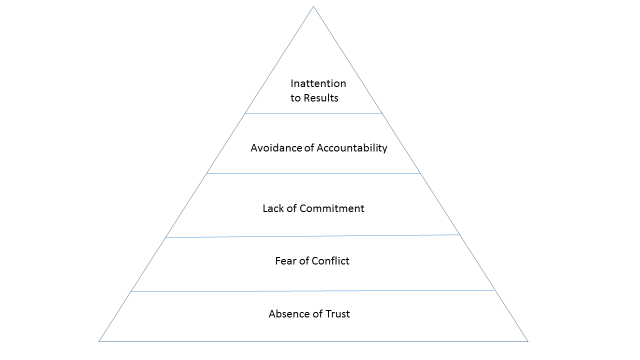 Because of this lack of real commitment and buy-in, team members develop an Avoidance of Accountability, which is the fourth dysfunction. Without committing to a clear plan of action, even the most focused and driven people often hesitate to call their peers on actions and behaviors that seem counterproductive to the good of the team.

A team that avoids accountability:

A team that holds one another accountable:

Once a team achieves clarity and buy-in, it is up to the team members to hold each other accountable for the decisions that were made, to uphold high standards of performance and behavior. This may sound simple enough, but most executives do not like to do it, especially when it comes to a peers’ behavior because they want to avoid interpersonal discomfort.

Accountability is a buzzword often used in team environments for organizations and business. In the context of teamwork, accountability specifically refers to the willingness of group members to challenge their peers on behaviors or performance that may negatively impact the team. The essence of this dysfunction is the unwillingness of team members to tolerate interpersonal discomfort as a result from calling out a peer on their negative behaviors and the general tendency to avoid difficult conversations. Members of great teams and that have strong interpersonal relationships with other group members overcome these natural inclinations, choosing instead to “enter the danger” with one another.

Even among team members with strong personal relationships and teams with solid foundations, this is easier said than done. Group members who are particularly close to one another sometimes hesitate to hold each other accountable because they fear jeopardizing the valuable relationship that they have. Ironically, this causes the relationship to deteriorate as team members begin to resent each other for failing to live up to expectations and allowing the standards of the group to erode. Individuals that are part of a great team improve their relationships by holding one another accountable, thereby demonstrating respect for each other and have high expectations for one another’s performance and behaviors.

Peer pressure, as politically incorrect as it sounds, is one of the most effective and efficient means of maintaining high standards of performance and behaviors on a team. One of the benefits is the reduction of the need for excessive bureaucracy around corrective action and performance management. There is nothing more motivating than the fear of disappointing respected teammates.

How does a team go about ensuring accountability? The key to overcoming this dysfunction is adhering to a few management tools that are simple yet effective.

Publication of Goals and Standards

An effective way to make it easy and simple for team members to hold each other accountable is to publicly clarify exactly what the team needs to achieve, who needs to deliver what and how everyone must act in order to succeed. Ambiguity is the enemy of accountability, even when a team has initially committed to a course of action and agreed upon behavioral standards, it is important to keep those agreements out in the open so that team members cannot ignore them.

A little structure is a successful tool in helping people to take action that they might not be otherwise inclined to do so. This is especially true when it comes to giving team members feedback on their performance and/or behavior. Whether it is verbally or in a written form, it is important for group members to regularly communicate with each other regarding how they are holding up to the stated objectives and standards. Relying on them to do so on their own, without clear expectations and structure, is inviting the potential for the avoidance of accountability.

Teams can create a culture of accountability by shifting rewards away from individual performance to team achievement. This occurs because members of the team are unlikely to stand idle and fail because a peer in not pulling their weight.

The MBTI enhances people’s clarity and comfort with their own and others workstyles allowing them to effectively and constructively provide feedback to team members. Additionally, the MBTI gives a logical, coherent structure for understanding normal differences among people in communication styles, team work, project management, preferred supervision style and workplace environment. The MBTI provides perspective for analyzing organizational culture, management structure and other organizational systems.

How does avoidance of accountability relate to the last dysfunction, the inattention to results. If teammates are not being held accountable to their contributions, they will most likely turn their focus on their own personal needs such as their personal advancement and/or their respective departments. An absence of accountability is an invitation to team members to shift their attention away from the collective results. 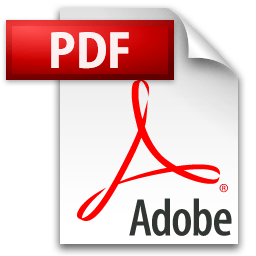